The Baillieu State Government is making a decision soon whether to axe the trouble-plaqued $1.4 billion Myki system (Ref 1, 1A). This system has gained such a notoriety that it is being used as a synonym for any problematic project, particularly those that are failing, overdue and over budget. For example, the HealthSMART program that is designed to link computer systems in Victorian hospitals is being referred to as the Myki of the health system (Ref 2).

I am from Singapore and have used both Myki and EZ-Link, Singapore’s contactless smart card system so I am able to compare between the two systems. Unlike Myki, EZ-Link was rolled out in 2001 as planned, without major glitches and its smooth implementation was taken for granted, like most other things in Singapore that are run with clock-like efficiency on a daily basis.

Myki is built and operated by the consortium Kamco (Keane Australia Micropayment Consortium), which is wholly owned by Keane Inc, a US-based IT firm. The EZ-Link card is based on Sony FeliCa smartcard technology, which is widely used in Japan and also by Hong Kong’s Octopus card, the world’s first contactless smart card for mass transit payment (launched in 1997) and the most successful and mature one (Ref 3). Both the Octopus and EZ-Link systems were designed by ERG (now Vix ERG), an Australian-based technology company which has designed, supplied and operated automated fare collection systems for a large number of cities around the world. Ironically, ERG which has created Melbourne’s Metcard, had repeatedly offered to upgrade Metcard to a smart card system for under $100 million since the current Metcard validating equipment has built-in support for a contactless validating mechanism (the yellow circles on the front of current Metcard machines) (Ref 4, 5). The main contract was eventually awarded to its competitor, Kamco (Ref 6, 7). The Myki, Octopus and EZ-Link systems are compared in the table below.

The Myki debacle is not without tell-tale signs. In fact, the seed of the problems to come was sown in the inception stage. According to a leaked Auditor-General’s report in 2008, the Transport Ticketing Authority officers selected US company Keane to write key elements of the tender brief in 2005 (Ref 10, 11). This is the same company that later led the consortium Kamco to participate in the tender and win the contract to build the Myki system.

In an apparent conflict of interest, the then Chief Executive of the Transport Ticketing Authority, Vivian Miners was found to be an executive of one company in the Kamco consortium and hold shares in another (Ref 11a). The leaked audit report also said: “Keane had no corporate experience in developing, implementing and operating a ticketing system … Keane has barely demonstrated adequate capacity.” In May 2008, the then Transport Minister Lynne Kosky said that “the one mistake the government did make was to actually accept the expert advice that we could put the new ticketing system in place much quicker than any other jurisdiction“. By then, one of the experts blamed by Ms Kosky, Vivian Miners, the highest paid public servant in Victoria, had quit his $545,000-a-year position just hours before his scheduled appearance at a parliamentary committee to answer questions about the Myki tender (Ref 12, 13).

Apparently, Kamco has no qualms in extolling its achievements. Johanna Waldon, the Communications Advisor at Kamco, had added to an article in Wikipedia on 20 Jan 2011, the following : “The card readers, electronic gates and other equipment that are part of the myki ticketing system have demonstrated exceptional performance in high-volume transit and vandal-prone sites around the world…..The new smartcard puts Victoria among an elite group of states around the world that are transforming and future-proofing public transport.” (Ref 14). What she has omitted is the reliability of the Myki software system and how Myki has performed in Melbourne, which is really what matters rather than what its individual hardware components have performed in other parts of the world. This table shows a large number of cities already using contactless smart cards for public transportation so it is far-fetched to say that Melbourne/Victoria is among an elite group. (Please note that this Wikipedia article has a complete makeover and resembles nothing like its previous version when I read it again on 23/02/2011).

In November 2009, the Transport Ticketing Authority explained why it could not opt for “off-the-shelf” smart card systems through this statement on its website: “while hardware components can be bought off the shelf – and Myki uses some – software must be designed to best meet our state’s individual fare structure. This meant maintaining many existing Metcard and regional fare features, while introducing many new myki features – an excruciatingly complicated feat.” (Ref 15) It is clear now that the then government had made a critical judgement error in choosing the inexperienced Keane rather than a company with a long proven track record in building successful smart card ticketing systems. Singapore’s EZ-Link system is actually no less sophisticated than Myki. Whereas metropolitan Melbourne has only two fare zones (Zone 1 and 2), the train and bus fares in Singapore are computed based on the distance travelled. Buses will have to depend on reliable GPS technologies to accurately compute the fare between the boarding and alighting bus stops. The passenger volume is also far higher in Singapore than in Melbourne, which means that the reader needs to be very sensitive to ensure speedy passenger boarding and disembarkation. I can easily validate the EZ-Link card without taking it out of my wallet and the balance is clearly displayed unlike the Myki machine, in which I find difficulty reading the display from a short distance or at an angle. The Myki machine appears flimsy and less robust compared to the Singapore’s one. Apart from public transport ticketing, EZ-Link cards are increasing used in more and more non-transit electronic money applications.

What really perplex me is why the contract was written in such a way that was heavily leaned towards the interest of the successful bidder. I thought that the customer (the State Government) would have the upper hands in dictating the terms to its best benefits. Shouldn’t the tenderer adhere to the payment it has agreed so that any blown-out costs should be borne by the bidder rather than by the Government? Doesn’t the contract include penalty for delays, unsatisfactory product, failure to meet performance targets and an exit option if things go wrong? It is unfathomable why the State Government should have landed itself in a situation in which it faces hefty, drawn-out legal suits if it chooses to walk away from this project (Ref 16). A protection clause should have been included in the contract to take care of such an “unlikely” scenario.

I really hope that the current and future governments will not repeat the same mistake when negotiating contracts for large-scale government projects. The terms should be in our best interests and should take into account all possible situations. Ultimately, it is the taxpayers who will foot the bill and suffer the most if something goes awry.

22/02/2011 Update: Vix ERG had once again offered to extend the Metcard system with a smartcard capability that can run side by side with Metcard for 3-4 years. Vix Technology chief executive Steve Gallagher said that the equipment can be rolled out to regional Victoria within weeks and to the greater Melbourne metropolitan area within 6 months, with the smartcard function available within 12-18 months. He estimated up to $100 million can be saved by discontinuing Myki but this cost does take into account any legal action from Kamco (Ref 17).

21/06/2011 Update: Premier Ted Baillieu announced that Myki would be kept and modified, with improvements to its capacity and capability (Ref 17a).

I have provided hyperlinked reference(s) against each statement in the post so that readers can click to check the source of the information or to read further details, including ERG’s T-Card failure in Sydney which is often mentioned in newspapers reports such as the recent article on ERG’s offer to extend smartcard capability to the existing Metcard. Please note that I have never suggested anywhere in the post that ERG is better or should have been chosen. I would have no knowledge or insights of the professional skills of the respective companies. The post merely states what had been widely reported in the media, that is, ERG had offered to do a smartcard version for the State Government. Since you have mentioned about ERG, I will add the following stuff I read about ERG which may or may not further interest readers:

What I feel is that getting a well-known company is not sufficient in itself to guarantee the success of a project. The managerial role of the Government is equally important.

On the “cost” comment, “initial building cost” was clearly written against the $100 million so that the readers are aware of it. I had also clearly written AU$494 million contract awarded to Kamco on 12/7/2005 and US$78 million awarded to ERG-Motorola alliance on 5/4/99. These are the only figures that I can find from the internet and newspapers reports. By the same yardstick, median house price will not be meaningful as it does not take into account factors such as land size, building condition, workmanship, age and size, proximity to public transport, amenities, etc. But people still love to see the price tags so I am providing the figures but with a qualification and linked references so that readers will not be misled.

The systems in Singapore and Hong Kong are considered highly-successful systems, despite issues that viewers can further read from the hyperlinked Wikipedia articles on EZ_Link and Octopus. When I select these two systems for comparing against Myki, I hope that readers can also open their mindsets that confining the use of the contactless smartcard system to public transport ticketing is not exploiting its maximum potential. Extending its usage to e-purse applications opens a whole new range of possibilities and opportunities that will serve to enhance its value, cost-effectiveness and consumer benefits. I firmly believe this is the direction that our government should pursue and not just contend with a smartcard with only transit functions. 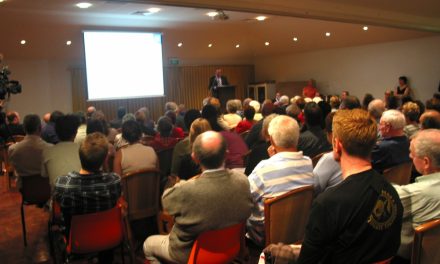