I recall that there is a location where wildflowers bloom in Spring, covering the coastal areas in a carpet of golden-yellow sheen. We decided to visit the area again and were not disappointed.

There is a human-created path that leads to the rocky outcrops of the sea. 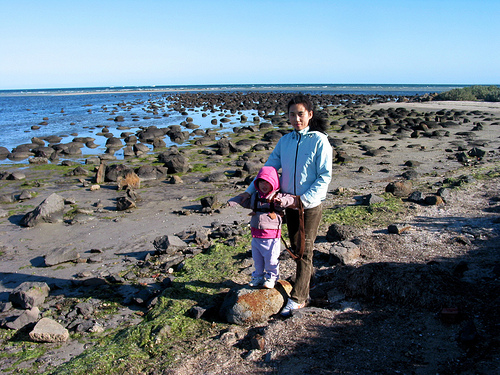 This trip gave us a surprise reward. What would have appeared as grasses to me grabbed my wife’s attention. She could recognize the ears of the plants and was adamant that they are some sorts of wild wheats. When we reached home later, I immediately went online, did Google image searches for wheat and compared with the photos that I had taken. I was elated to confirm my wife’s insistence that these are indeed wheats.

Closeup View of the Wild Wheats, clearly showing their ears

These wheats are still green and unripe. My wife guessed they will be ripe by December and we will take a look again. She later discovered that these wheats are quite common along many industrial roadsides in Laverton, on the way to Deer Park.

Wheats in front with trees and yellow wildflowers in the background 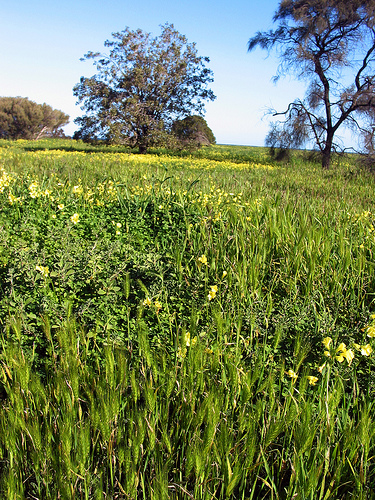