The U.K. organized a 4 Degrees & Beyond Internatonal Climate Conference in 2009. A 4 Degrees or More? Conference, featuring a who’s who of climate scientists including chief government climate change adviser Professor Ross Garnaut, will be held in Melbourne from 12-14 July 2011. Drawing on the best available science, the conference will explore what a warming of 4 degrees or more means socially, ecologically, economically and politically for Australia and its region.

The revolving of discussions around 4 degrees celsius is due to scientists’ prediction that global temperature will rise by 4 degrees or more by the turn of the century. This is based on the assumption that every country does as it has promised, including Australia’s achieving its soft target of 5% annual greenhouse gas reduction by 2020 (Ref 1, 2).

Climate sensitivity is a measure of how much the mean global surface air temperature will increase with a doubling of atmospheric carbon dioxide over its pre-industrial level. This value is estimated, by the United Nations’ Intergovernmental Panel on Climate Change (IPCC) 4th Assessment Report, to be in the range 2 to 4.5°C with a best estimate of about 3°C. It is very unlikely to be less than 1.5°C and values substantially higher than 4.5°C cannot be ruled out. 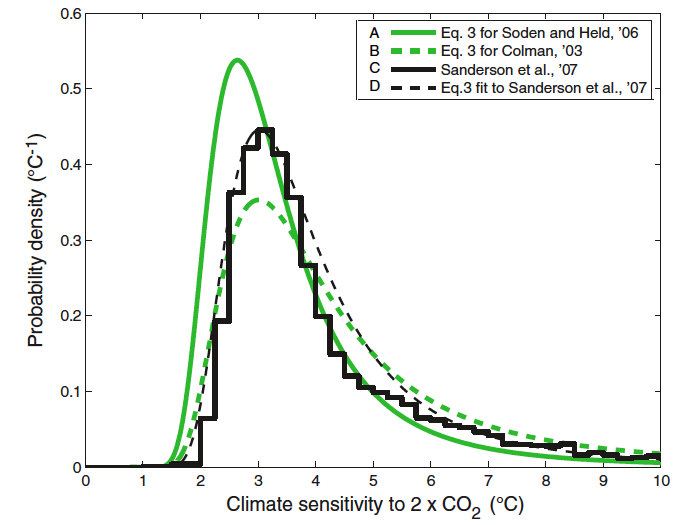 The above figure by Roe and Baker shows that the probability distributions of climate sensitivity based on various models are all very similiar, with a long tail to the high side. In other words, there is considerable probability of reaching a higher global temperature, in which 6 degrees celsius or higher is possible.

IPCC has come up with 6 emission scenarios (A1FI, A1B, A1T, A2, B1 and B2) for projecting possible future climate change. The A1 scenarios are of a more integrated world, characterized by:

There are subsets to the A1 family based on their technological emphasis:

With our reliance on fossil fuels, we currently fall within the worst case scenario A1F1, represented by the red curve in Fig 2 above and whereby 2 doublings of carbon dioxide emissions will occur by 2100. Under the worst-case scenario of 6 degrees Celsius rise per doubling (Fig 1), a 12 degrees warming is not inconceivable.

In fact, a 12 degrees warming is a scenario painted by Steven Sherwood of the University of New South Wales, and Matthew Huber of Purdue University in a 2010 paper published in the journal PNAS (Proceedings of the National Academy of Sciences).

Map B above shows the current maximum wet-bulb temperatures for various regions on Earth. Wet-bulb temperature is equivalent to what is felt when wet skin is exposed to moving air. It includes temperature and atmospheric humidity and is measured by covering a standard thermometer bulb with a wetted cloth and fully ventilating it.

The researchers calculated that humans with an internal body temperature of 37 degrees Celsius, will experience a potentially lethal level of heat stress at wet-bulb temperature above 35 degrees Celsius sustained for 6 hours or more. Although temperatures above 38 degrees Celsius are common, they are normally associated with low humidity, which allow perspiration and cooling. Really high wet-bulb temperatures are rare and are now only recorded in places such as the coastal areas of Saudia Arabia where winds occasionally bring extremely hot, humid ocean air over hot lands, which fortunately are short-lived today.

Map F above shows the maximum wet-bulb temperatures reached in a climate model from a high carbon dioxide emissions future climate scenario with a global-mean temperature 12 degrees Celsius warmer than 2007.

A 12 degrees Celsius rise would put half of the world’s population in an uninhabitable environment indicated by purple/pink/white colours on the map (with above 35 degrees Celsius wet-bulb temperature). It includes most of Australia, India, eastern USA, inland Brazil and Latin America, tropical Africa and portions of northern China.

A Wikileaks cable revealed that Australia’s top intelligence agency, the Office of National Assessments, believes south-east Asia will be the region worst affected by climate change by 2030, with decreased water flows from the Himalayan glaciers triggering a ”cascade of economic, social and political consequences” (Ref 3). ”South-east Asia faces wild monsoons variations, with effects on littoral infrastructure, agriculture, marine currents and fish stocks. Coastal cities to be hit by subsidence and rising sea levels.”

The agency assessed China as potentially the biggest loser in the melting of the Arctic ice which reduces river flows, leading to international confrontations among states sharing the Mekong system. 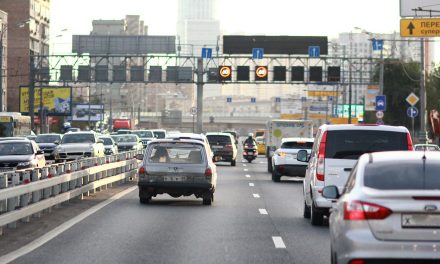 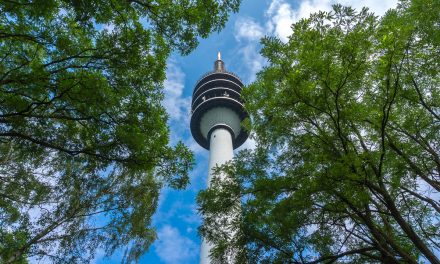 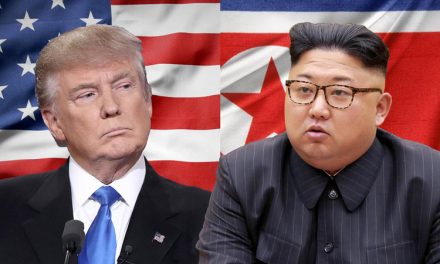