Metung is a small town/village in East Gippsland, 314 km east of Melbourne and between the larger towns of Bairnsdale and Lakes Entrance. Many of its 1000 permanent residents commute to work at Bairnsdale or Lakes Entrance. 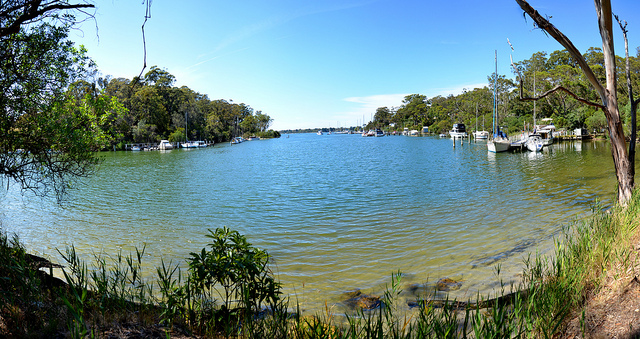 Metung is on a narrow peninsula of land separating Lake King and Bancroft Bay on the Gippsland Lakes. Surrounded on three sides by water, the town is well serviced by a number of marinas and jetties, with several cruise operators catering for visitors. 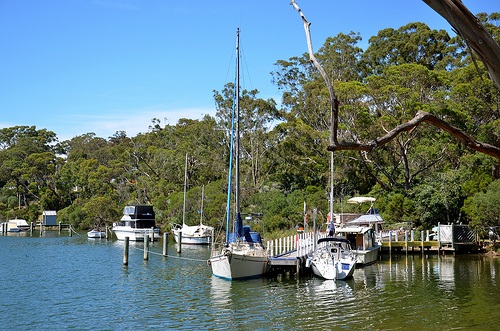 The Aboriginal Gunai or Kurnai people who are the original inhabitants of the area told a story about an unusual group of rocks now found alongside the boardwalk in the Metung Marina on Bancroft Bay. This legend goes that some fishermen made a good catch and ate the fish around their campfire. However, the fishermen did not share their catch with their dogs despite having more than enough to eat. As a punishment, the women, who were guardians of social law, turned the greedy men to stone. 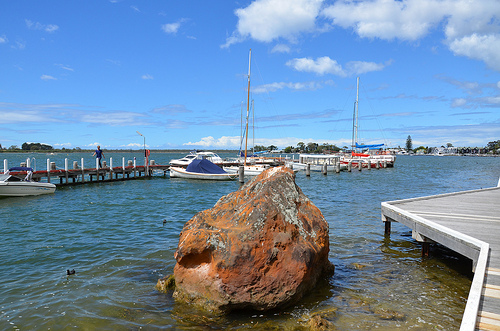 There were originally three rocks found at this location that related to the legend but two of them were destroyed during road works. The remaining “Legend Rock” is now protected.

Metung Road along the Bancroft Bay

Metung is a popular holiday spot. The main activities are boating, cruising and fishing. It is not uncommon to observe a pod of dolphins feeding in the Bay or nearby channels. 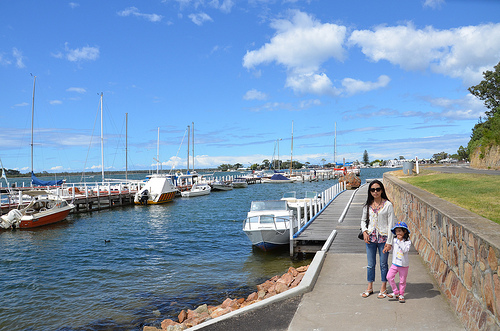 Metung is also known for its scenic walks. The newly-added Metung Boardwalk extends from the village centre to Chinaman’s Creek along the edge of Bancroft Bay. The walk takes 20-30 minutes and this is a delightful way to stroll where you can view the boats in the Metung marina, the “Legend Rock” or people fishing. 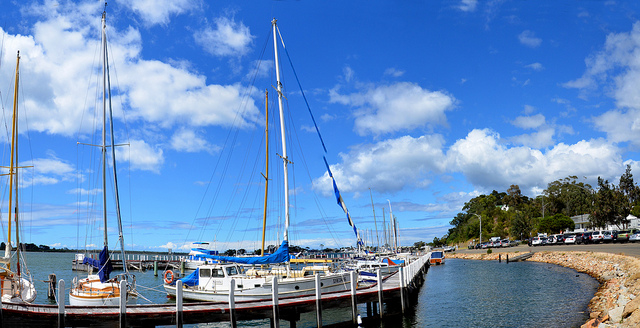 Safe swimming is available at Shaving Point and near the jetty along Metung’s western coast, with a number of scenic waterfront walking tracks. 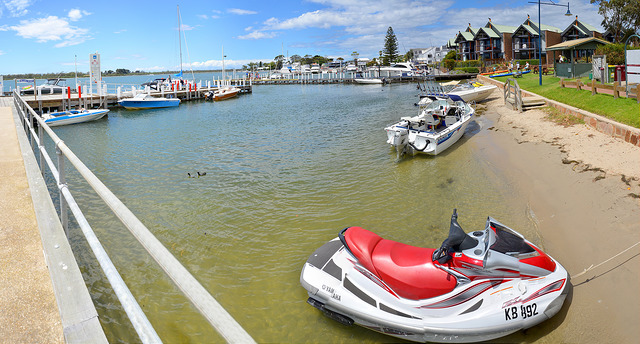 The town centre features a general store, a number of restaurants and cafes and several speciality shops.

The Metung Hotel, which dates back to 1873, is situated within the town’s commercial centre and has direct water frontage onto Bancroft Bay and the adjoining wharf. Pelican feeding takes place daily at noon in front of the Hotel.

Lawn of Metung Hotel and the adjoining Wharf

The Village Green in the centre of the Metung Village is the venue for the famous Metung Farmers Market held on the second Saturday of each month from 8.30am to 12.30pm which offers an eclectic array of local produce and goods. 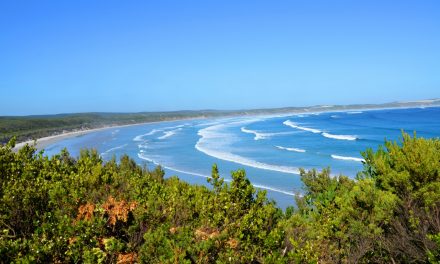 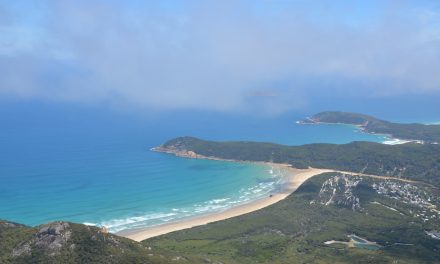 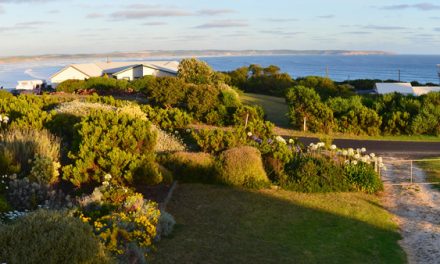 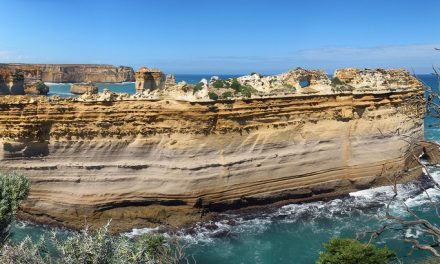