During ancient times, people in China who were unable to address their grievances at the local level would set upon a long journey by foot or horse to the capital at Beijing, hoping that the higher authority would redress their injustices.

5,648 miles on the other side of the globe and a few thousand years later, four nice folks also set forth from Altona on a special journey. They were dressed in their best suits as they will be meeting a very important person, the honourable Minister, who will decide the fate of the Village of Altona for which these four nice folks are representing. The trip is a difficult one for they carry on their shoulders the pleas and hopes of the Community – those of the working families, seniors, students and the physically disadvantaged. They were looking forwards keenly to this much awaited meeting but at the same time feeling uncertain and apprehensive of the outcome. They had already done their homework but could not help worrying that they would miss out something during the discussion with the Minister.

However, they were not alone. The villagers and the Friends of Altona had turned up in full force to show their support and solidarity. Here they are – dads, mums, kids, grandpas and grandmas, all outside 121 Exhibition Street. They came fully prepared with gadgets, placards and visual aids. 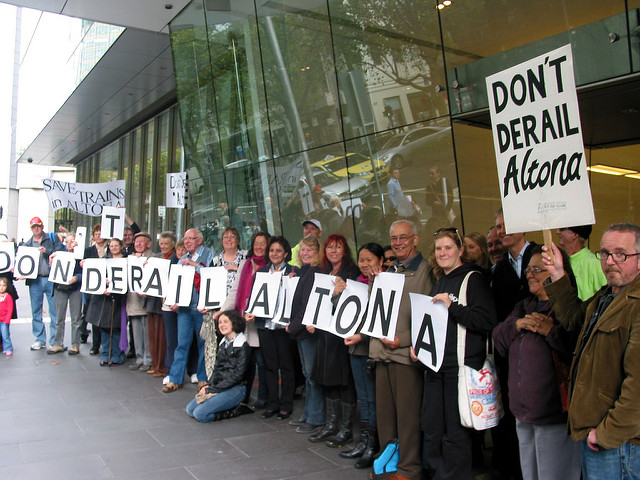 Don’t laugh at these unfanciful and unimaginative chants – they are all amateurs and I bet that they have not taken part in something similiar before, if not because of this incident that brings them together in an united front.

Finally, the Meeting is over, with a debrief by two of the nice folks. 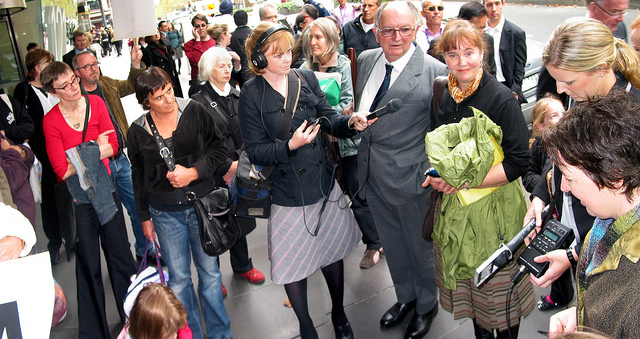 Three cheers to the four nice folks of Altona or the Fabulous Four, as suggested by a reader.

PS. The villagers didn’t get to see the Minister after all, otherwise the story may have ended differently. Not forgetting the reporters had also waited in vain ….. 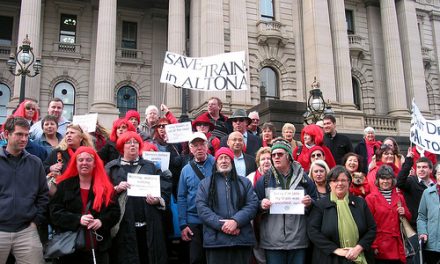 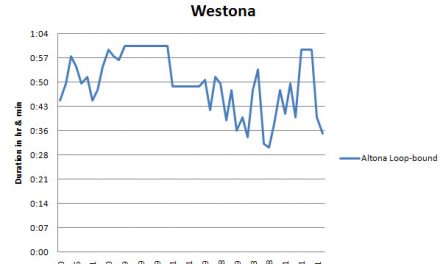